In just a few decades, Konami has grown into a casino gaming giant. Starting out of a humble jukebox rental shop, they built a global media empire and cut out a share of a very competitive market with an incredible catalog of slots and casino games.

Offering titles that are based on their popular video game licenses alongside wholly original creations, the company continues to gain new fans.

First, you’ll have access to all of the free Konami slots currently available for online gambling. You can play these games directly on our site. No download and no signup required!

We also provide a list of the top casinos with Konami games, a list of the most popular as well as game reviews. So, dive in, have some fun and see why Konami has become one of the top 3 slot machine developers in the world. 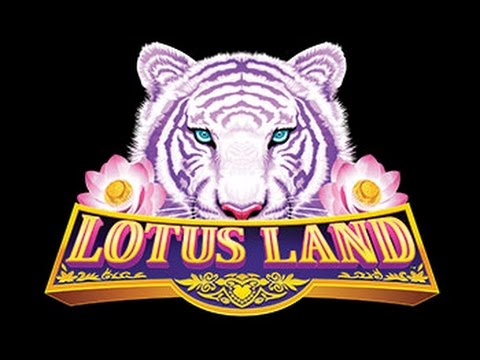 Where to Play Konami Slots Online

If any of the slots mentioned below sound interesting, then players should be happy to know that many of them are available in land-based casinos.

New Jersey and Pennsylvania casinos don’t always have the latest Konami machines, but many of the classic standouts are available. It’s still a good idea to consult any casino’s website before a visit since most will offer a list of what slot machines are currently playable.

Some chains, such as Caesars, allow players to check all of their available slot machines with one linked search tool.

Players who live in New Jersey can also enjoy many of Konami’s fun slots through one of the state’s many legitimate NJ online gambling apps. Konami slot machine games are available through both legitimate online casinos and land-based casino apps.

Players in Pennsylvania can play Konami slots at Hollywood Casino and Sugarhouse, though the casinos don’t have as many titles as its neighbouring state.

There are a number of ways to play many of Konami’s great slot machines on mobile devices thanks to their hard work in adapting some of their most popular games.

Players who live in regions that allow online slots gaming can use any legitimate online casino or land-based casino app to play real money versions of many of Konami’s titles.

Players who aren’t so lucky can still experience some of the fun thanks to Konami’s app. The My Konami Slots app is available on iOS and Android devices and allows players to play free-to-play versions of Konami slot machines.

1. Dragon’s Law Twin Fever – This 5-reel, 30-line slot machine includes Konami’s famous Action Stacked Symbols to give players a shot at loaded reels. The dragons that are the namesake of the game also have a chance of improving any basic spin by flying out and dropping new wilds all across the reels. Lucky players can also trigger a fairly standard free spin bonus round.

3.  Gypsy Fire Quick Strike – This exciting update to the classic Gypsy Fire game adds a whole new way to win. The basic game is another fairly standard 5-reel, 30-line machine featuring Action Stacked Symbols. There’s also a free spin bonus round, which is enhanced with the addition of wild multipliers that can really set up big wins. The unique addition is the Quick Strike linked mystery progressive jackpot, which can be randomly awarded to eligible players off of any spin. It can be rare to see progressives on mobile devices, so it’s a welcome sight.

4.  Chili Chili Fire – This fun and fairly simple Konami slot machine is a great place to start. The machine uses 5 reels and 30 paylines and includes Konami’s Action Stacked Symbols feature. During each spin, the reels have special sections that are loaded up with a single matching symbol to make big wins a little easier to get. Each normal spin also has a chance of triggering the Fade Away feature, which causes low-value symbols to just fade away and be replaced by higher-paying symbols. There’s also a separate free spin bonus round.

5.  Wealthy Monkey – Another great beginner’s slot machine is the Wealthy Monkey game, which also features 5 reels and 30 paylines. This machine also includes the Action Stacked Symbols system to enrich normal spins. These Asian-inspired slots really come alive in the free spins bonus round. All free spins come with enhanced wild symbols that have a chance of gaining a multiplier if they’re part of a winning payline. Even better, if one wild in a reel activates then the rest of the wild symbols in that reel also gain multipliers. The multipliers can stack across the reels to provide up to a 45x multiplier on a winning free spin.

6. Monster Sweep – A fun 5-reel machine that adds in an interesting combination of tumbling reels and expanding reels. Normal spins occur on a set of 5 reels and 3 rows, with another set of 3 locked rows sitting on top. Any time players get sets of 3 matching symbols in a vertical stack or horizontal row, the symbols fade away and allow new symbols to fall into place from above. This “Sweep” feature allows new wins and adds to the Sweep counter for that spin. As the counter rises, new reels are unlocked to allow for more wins. Anytime players get at least 4 sweeps on a spin, there’s a chance to trigger one of the progressive jackpots. The free spin feature also incorporates the sweeps, keeping any unlocked reels active until the free spin round is done.

7. Rising Koi – What this game lacks in art design, it makes up for in fun gameplay. Rising Koi is a 5-reel, 40-line slot machine with a very interesting bonus feature. During each spin, players have a chance to trigger the “Rising Koi” feature by getting a koi symbol in their strike zone and a bonus symbol on the fifth reel. When this happens, players get to watch the little fish try to swim upstream to determine how much of a cash bonus they get. There’s a jackpot available for big betters. The normal spins also feature random mystery multipliers. Players can also trigger a free spin bonus round, which is loaded with a higher chance for multipliers and the Rising Koi feature.

8. Castlevania: Valiant Guardian – Konami puts its Castlevania video game license to good use with the Castlevania series. There are a few other variants in the Castlevania line that are mostly just cosmetic variations. It’s a 5-reel slot machine that’s loaded with bonus features. Players can trigger a free spin bonus round that uses expanded reels, but the real thrill is the minigame bonus round that’s tied to the progressive jackpots. The minigame bonus can trigger on any normal spin. Players are taken to a board game layout that lets them pick different potential moves to try and advance into the castle. Players who make it to the castle gates get to watch an exciting battle minigame.

If you take a look at Konami’s slot machine games, it’s easy to see that they put a lot of effort into flashy innovations. Konami’s new features tend to be focused around exciting visuals and improvements that take full advantage of the reels being digital. While they haven’t necessarily had one particular game-changing breakthrough, the company finds ways to add a variety of new features to each of their new games.

Konami’s work on dynamic reels is probably their most noticeable innovation. As noted above, a lot of their slots feature some variant of the Action Stacked Symbols system.

This system alters the digital reels before each spin to load them up with blocks of a randomly chosen matching symbol. This relatively simple change makes the reels look and feel more active, especially since they often tie matching features into the Action Stacked Symbols.

For example, some games include a nudging feature that can force partially showing stacks into filling the entire reel. Konami includes some other dynamic reel features, such as expanding reels, mirror reels and reels that spawn new wilds.

Konami has also started to put their experience in video games to good use with innovative bonus game additions. The Crystal Cyclone expansion is an upgrade that can add a roulette-style wheel to a bank of machines. This exciting feature gives each player in the bank of machines a chance to win credits if dropped bonus balls fall in the right place.

Another particularly eye-catching example is the Jackpot Streams system that can be added as a premium feature to many of their slot machines.

This bonus game adds a coin-pusher themed jackpot that can trigger off of any spin. Players can then watch the digital coin pusher add new coins to the field and potentially knock game tokens into winning pockets to trigger progressive jackpots.

onami has also developed exciting community-linked progressive jackpots. For example, their Beat the Field game triggers a simulated horse race whenever one player in the bank of machines triggers the bonus.

Konami didn’t get into casino gaming until 1992. That was the year they launched their first pachinko machine into the booming Japanese gaming market. The jump to slot machines would prove to be simple and natural.

In 1996, they opened Konami Australia specifically to manage their new growth into the Australian gaming market in 1997. After seeing success in Australia, they rolled machines out into the larger Asian slots market over the next few years. Konami would finally join the American gaming scene in 2000.

In 2005, they built their own 360,000-square-foot office in Las Vegas, Nevada, to act as the headquarters for their rapidly growing North American, South American and European sales division.

After a decade of successful growth, Konami added a second Las Vegas facility to their empire to cement their place as a global gaming powerhouse.

In 1969, the Konami company first opened its doors in Osaka, Japan. Kagemasa Kozuki, Yoshinobu Nakama and Tatsuo Miyasako were the company’s first three officers. Each of them would lend the first two letters of their last name to the company to create the name Konami. Originally, it opened to provide jukebox rental and repair services, but after just a few years the company would pivot to a new rapidly growing market.

In 1973, Konami transitioned into developing video games and quickly became a leading company in the field. They would produce the iconic Frogger arcade game in 1981, which permanently sealed their place in video game history. Konami successfully expanded into producing video games for the first consoles with hits on the Atari 2600 and the original Nintendo system.

It was during this time that they started the Castlevania and Metal Gear video games series, which would both go on to be popular and long-running game series that would eventually be adapted for casino games. Konami’s video game division continued to produce successful and popular games throughout the 1990s, 2000s and 2010s.